Ethiopians will be commemorating the Victory of Adwa on March 1st. For many, the commemoration of Adwa is a celebration of Ethiopian unity and history. But not for the TPLF. One of its weapons for fragmenting Ethiopians is its politics of historical amnesia, best exemplified by the petulant remark of our late Prime Minister who claimed in 1993 that Ethiopia is no more than one hundred years old. The TPLF dogma is that the Ethiopia we know now did not exist before Menelik created it “by force”.

Unfortunately, many admirers of Emperor Menelik are also entrapped in a similar historical amnesia. They claim that Menelik created the unity that made the Adwa victory possible. But a “longue durée” view of Ethiopian history shows the inaccuracy of this claim. Menelik is not the creator but the beneficiary of an Ethiopian unity that was conceived centuries before him.

The historical figure who sowed the seeds that eventually led to the emergence of the enlarged new Ethiopia out of the old one is none other than Imam Aá¸¥mad Ibn IbrÄhÄ«m al-GhÄzÄ«, commonly known as Grañ. Until the 16thcentury, Ethiopia was a medieval state more or less limited to the northern and central areas of what we now call Ethiopia. Grañ changed this dramatically. If Grañ had not existed, it is doubtful that contemporary Ethiopia would have its present geographic and demographic characteristics.

Grañ’s war (1529-1543) is not an invasion by an external force. It is a sequel of the internal conflicts between the rulers of Christian Ethiopia and the periphery of Muslim chiefdoms since at least the fourteenth century. Much is made of the fact that Grañ received military assistance from the Turks. But this does not make him less Ethiopian than the Christian Emperors who received military assistance from the Portuguese in the war that pitted them against him.

Imperial history claims that Grañ brought war and destruction to Northern Ethiopia. He did, but he was not the only one. The armies of the medieval nobles and kings of Northern Ethiopia, who often engaged in wars, descended on the peasantry like “locusts”, to quote Marcus, devastating everything in their path. But there is a difference between the destructive wars of the medieval nobles and kings and those of Grañ. The wars of the former did not open a new chapter in Ethiopian history. Those of Grañ did.

Grañ: The catalyst of Ethiopian unity

The medieval Ethiopian emperors (Amdë Tsion, 1313-44; Zara Yacob, 1434-68; Dawit, 1382-1411; or Yishaq; 1414-29, Libne Dingel 1508-1540…) were interested primarily in unifying Christian Ethiopians, and in controlling the Muslim peripheries mainly for commercial purposes. Grañ’s historical novelty lies in that, first, he is from the periphery, and second, he is the first leader of the region who had the project of transforming Northern, Central and Southern Ethiopia into a single political entity.

True, Grañ’s pursuit of unity presupposed the Islamization of Christian Ethiopia. One may thus object that the unity that he envisioned passed through the elimination of Ethiopian Christianity. This may be true if we limit ourselves to a key-hole view of Ethiopian history. However, if we take a longue durée view of Grañ’s wars, we see that they are historically transformative in an unexpected and lasting manner.

Grañ’s conquest of central and northern Ethiopia weakened political, cultural and ethnic frontiers between the North and the South and rendered them porous. It opened the door to wide-ranging demographic movements from the South to the North, which eventually led to the establishment of the Oromo in Tigray (Raya and Azebo), to the rise of powerful Oromo Muslim chiefdoms in Wallo, and the emergence of powerful Oromo princes in Gondar (1769-1855), making multi-ethnicity and trans-ethnicity indelible features of Ethiopia.

Moreover, Grañ’s wars allowed the spread of Islam, a universal religion, already present in Ethiopia since the 7thcentury. Like Ethiopian Christianity, Ethiopian Islam transcends ethnic, linguistic, and cultural barriers. For both, ethnicity is a fluid and not a closed identity.

As Hussein Ahmed shows in his study of Islam in Nineteenth-Century Wallo, Christianity and Islam have forged trans-ethnic social practices and meanings that are now part of the common reference world that Ethiopians inhabit. One finds among Ethiopian Christians and Muslims shared practices such as recognition of holy men, veneration and supplication of saints, Muslim and Christian pilgrimages to the same shrines, (e.g., St Gabriel’s church in Qulubi or the Muslim shrine of Faraqasa in Arssi), exorcism, and so on. Consider also the musical sensibilities thatmanzuma and tizita share. Both originated in Wollo and in Amharic, and both transcend ethnic differences and are sung now in various Ethiopian languages.

The Ethiopian unity that these two universal religions forged gave rise to two unique phenomena, as Jon Abbink notes, namely, “oscillation” of many Ethiopians between the two beliefs, and “religious tolerance”. Historically, Ethiopian Islam and Christianity have become, in many respects, expressive of Ethiopia’s multi-ethnicity and trans-ethnicity, of its unity and identity. Consequently, we could say, Grañ laid the ground for the emergence of the new heterogeneous Ethiopia from the old homogeneous Ethiopia: territorially larger, more diverse, with a richer common reference world, and with more potential for unity than before, as Adwa demonstrated.

That which in Adwa is more than Adwa

One may object that the unity of Ethiopia that emerges from the aftereffects of Grañ’s actions is the result of unintended consequences and cannot be attributed to him. But were we to eliminate the unintended consequences of human actions from history, there would not be much history left to talk about. It is retroactively that events appear as necessary conditions to what follows them.

In this sense, Ethiopian history has emancipatory surplus meanings—witness the development of multi-ethnicity and trans-ethnicity—that enable us to embrace our history in all its complexities and our future as a shared collective task. An Oromo aphorism expresses this idea forcefully: “By remembering the past, the future is remembered” (Kan darbe yaadatani, isa gara fuula dura itti yaaddui). What the aphorism tells us is that without a sense of history, we cannot build a better future. Let’s remember that the absence of a sense of history was a contributing reason for the failure of the 1974 Revolution and for the rise of the politics of ethnicity as destiny in 1991. To quote Churchill, “The farther backward you can look, the farther forward you are likely to see.”

This means that we have to historicize Adwa and see it as a work-in-progress in order to elicit that which in Adwa is more than Adwa: its surplus meaning of the rejection of internal domination, incubating in its rejection of external (Italian) domination. We could indeed find the seeds of this surplus meaning in the cracks of Ethiopian history if we go beyond nationalist and ethnic narratives and unpack it as the history of a people engaged for centuries in direct and indirect struggles for a better life. Read against the grain, Adwa is one of these struggles.

Celebrating Adwa means liberating it from its current existence as an event frozen in time and place and interpreting it from a longue durée perspective that discloses it as one of the manifestations of our long historical struggles for a better Ethiopia. Such an approach allows us to see the multi & trans-ethnicity that has progressed since Grañ and that manifested itself in Adwa, and to enucleate from it the non-group criteria we need to articulate individual freedoms and ethnic rights as democratic mirrors of each other. Only then would we be able to answer “yes” to the 2015 question of Obang Metho, one of the sincere voices of Ethiopian unity and democracy: “Look at the lessons of Adwa. Are we free?”

Otherwise, our celebration of Adwa is just a yearly ritual of hero-worship. True, Menelik is a great emperor, but the Adwa victory is greater than him for it is the victory of a people that history has united. To forget this and indulge in hero-worship is to lose our sense of history. It is to suffer from historical amnesia. Isn’t the unwillingness of other Ethiopians to join the Oromo protestors a symptom of the virus of historical amnesia with which the TPLF has infected Ethiopians? Historical amnesia is an obstacle to Ethiopian unity and democracy.

Adwa teaches us that it is necessary that we recover our sense of history for it is the only effective antidote to the historical amnesia on which thrives the poison of ethnic politics. And when we retrieve our sense of history, we recognize, as Adwa has shown, that our differences become the cement of our unity. Thus speaks to us Adwa when we historicize and understood it as a historical work-in-progress.
- See more at: http://www.zehabesha.com/adwa-from-ahmad-gran-to-menelik-ii/#sthash.7xYE... 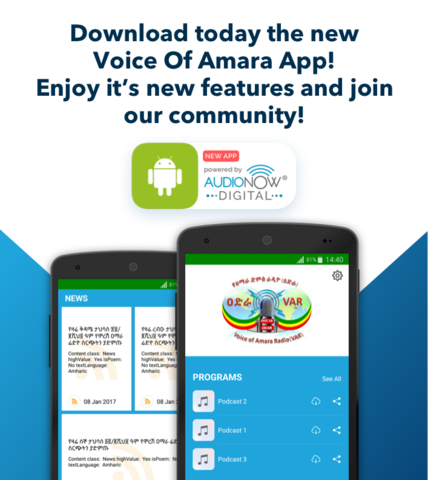